(C) representation of a vector

(I) P and Q act in the same direction;

(II) P and Q act in opposite directions;

(III) P and Q act at right angles to each other;

(E) resolution of a vector

(F) the resultant of more than two vectors

Note: the magnitude of the resultant (from Pythagoras theorem) is given by

For the direction of the resultant of a  given line. It is given by:

Tan O = opposite side/ adjacent side

Solution: altitude consists of magnitude with no direction.

3.which of the following quantities are scalars? (Jamb 1988)

A. II and III only

C. III and IV only 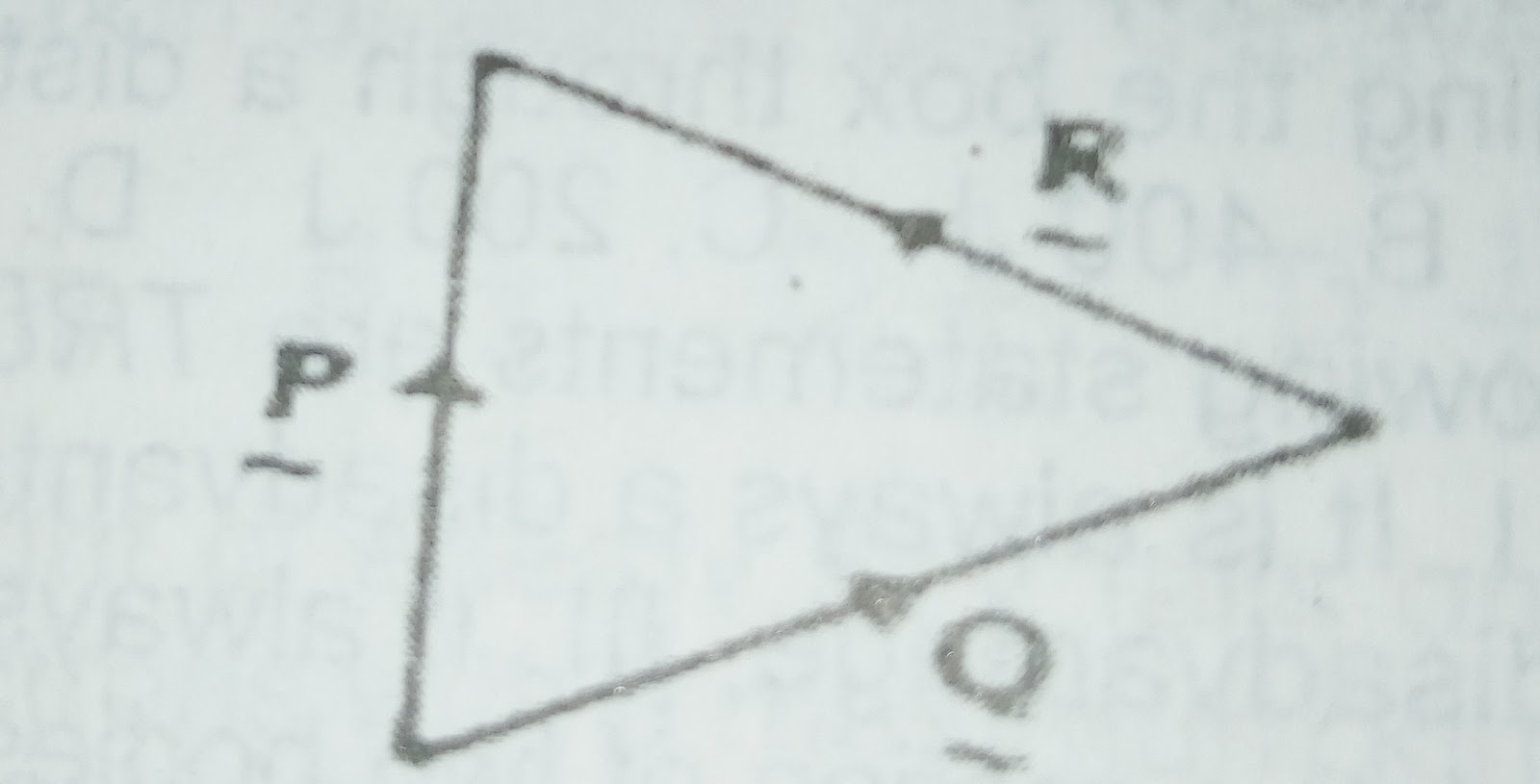 In the diagram above, PQ and R are vectors. Which of the following options gives the correct relationship between the vectors? (Jamb 1995)

Solution: the correct relationship between them is p+q+r=o ;cos they all act in opposite directions.

5. Which of the following pairs of physical quantities comprises vectors?(wassce 1998)

A. Capacitance and inductance

B. Force ratio and velocity ratio

6. The resultant of two forces acting on an object is maximum when the angle between them is (wassce 2000)

7. Each of the following physical quantities is classified as a vector or a scalar quantity. Which of the classifications is  correct? (Wassce 2005)

8. Which of the following pairs of physical quantities is made up of vectors? (Wassce 2014)

A. Speed and displacement

B. Mass and force

Solution: displacement and acceleration has magnitude and direction